GES is comprised of many passionate, caring, experienced and talented individuals who bring their energy and commitment to success to the job every day. Our management team embodies our commitment to excellence by guiding the delivery of Space Flight Solutions to our customers with integrity. 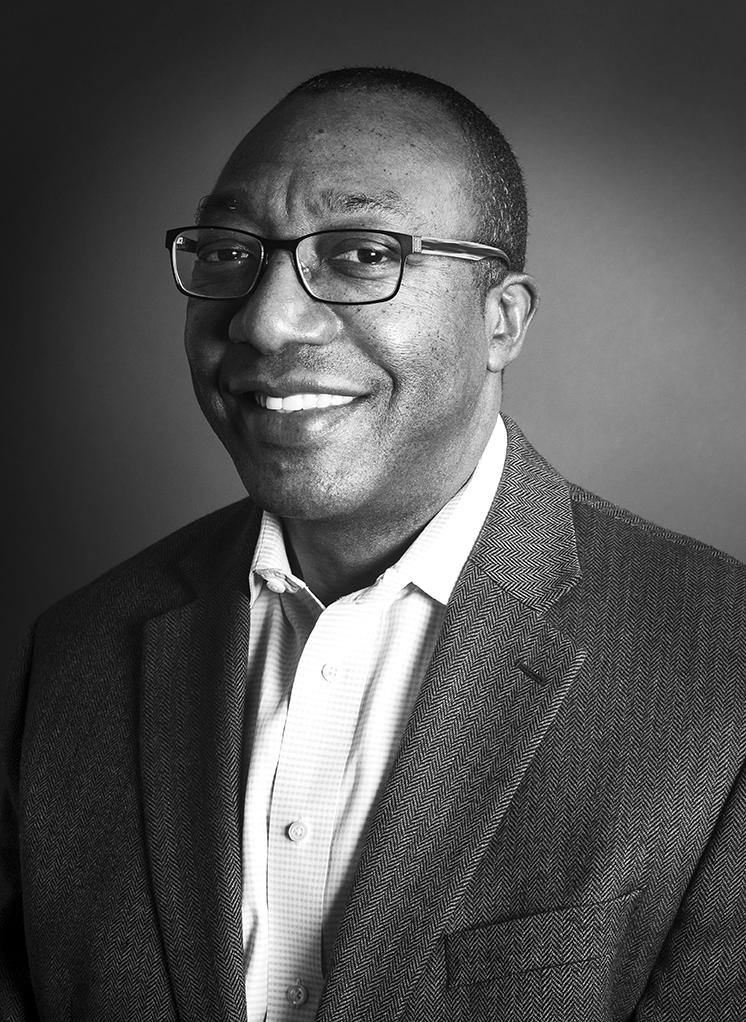 Robert has over thirty-five years experience in aerospace engineering with some of America’s leading high-tech companies. He founded Genesis in 1993 and has maintained a customer focus that has driven growth. Through his leadership Genesis provided solutions for all four servicing missions of NASA’s Hubble Space Telescope, the International Space Station, and James Webb Space Telescope. Robert’s passion to mentor the next generation includes serving on multiple boards of Universities with an eye to provide industry insight for the future generations of engineers and technologists. He also encourages young talent through internships and STEM outreach programs. Dwight is an accomplished Aerospace Executive and Program Manager with a unique customer-focused blend of technological, financial and program management skills. He has over thirty years experience in leading Product Development and Customer hardware support teams from design to end-item delivery for NASA and DoD. As the NASA GSFC Electrical Systems Engineering Services Program Manager, Dwight managed over 400 multi-disciplined personnel and 30+ subcontractors. He also demonstrates tactical and strategic skills in capturing and growing new business, as well as in establishing partnerships for customer’s projects. 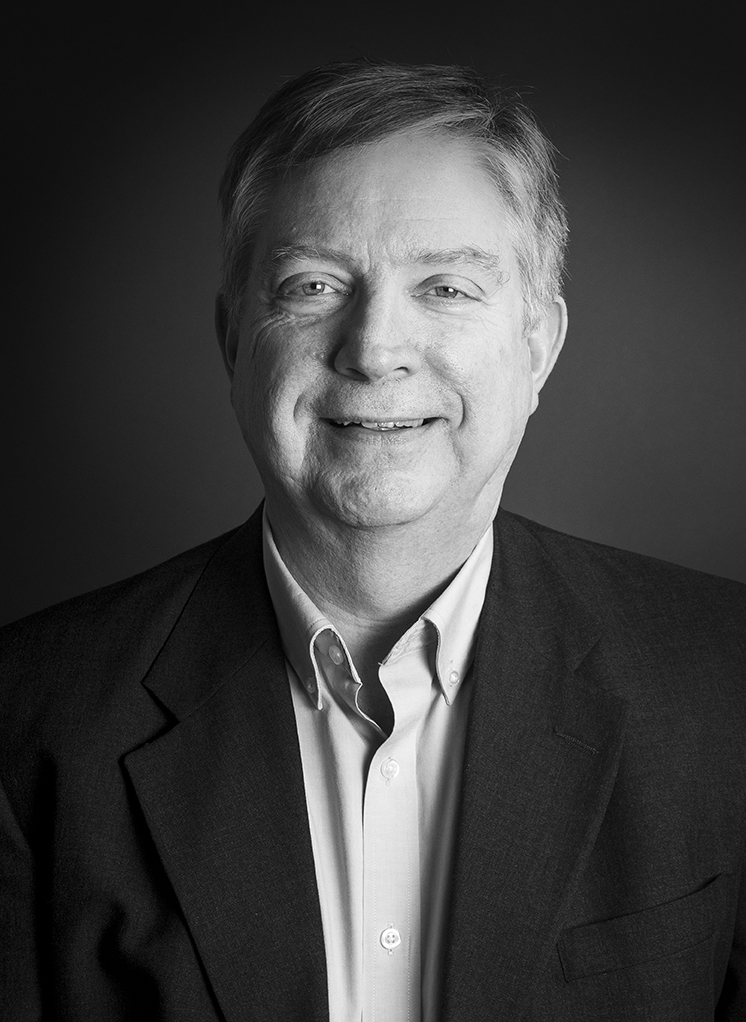 Mike oversees the advancement of programs for the benefit of our customers’ future systems. He brings over forty years of engineering and program management experience with spacecraft development. He knows the lifecycle of spacecraft systems and subsystems in the areas of requirements development, design, fabrication, integration, test, launch vehicle integration, and flight operations. He has managed multiple, high value spacecraft development programs for NASA and University Institutions including Goddard missions ICESat-2, TESS, and Landsat-8. He is an insightful partner and an advisory ally for many of our customers. Rich has over 40 years’ experience developing spaceflight missions and leading NASA organizations in pursuit of scientific discovery.  Recently, he was the Director of Safety and Mission Assurance at GSFC. He served as Technical Authority for 8 NASA launches with rockets provided by SpaceX and United Launch Alliance.

Prior to moving to the Safety and Mission Assurance Directorate, Rich was the Division Chief in the Mission Engineering and Systems Analysis Division and the Instrument Systems and Technology Divisions at the Goddard Space Flight Center.  He led mission and instrument teams from around the world in the development of new technologies and state-of-the-art space flight hardware and software.  His work includes the Cosmic Background Explorer, Broad Band X-Ray Telescope, Cassini-Huygens, Spitzer Telescope, Astro-E, Ice, Cloud and Land Elevation Satellite, Hubble Space Telescope, Lunar Reconnaissance Orbiter and the Aquarius mission. John has over 30 years’ experience in the aerospace industry. He started his career in 1987 at the Kennedy Space Center in Florida where he learned all aspects of Space Shuttle operations culminating in key leadership roles including NASA Test Director and Landing and Recovery Director. John transferred to the Goddard Space Flight Center in 1998 where he managed instrument proposals and hardware development, supervised the Instrument Systems Branch, and was the Deputy Project Manager for the ICESat-2 mission which launched in 2018.

John has also led vital strategic planning efforts including development of the Access To Space portal for the ride share community, NASA Instrument Capability Study for NASA, NOAA, and the DoD, and the Virtual Technology Lab for the Instrument Systems and Technology Division at the GSFC. John retired from NASA in 2020 and is leading strategic planning efforts at Genesis. Dollie serves as Genesis Engineering Solutions Human Resource Manager. She is responsible for the strategic development and senior management of Genesis human resources organization, leading recruitment and retention and expanding its corporate culture as the company ramps up for significant anticipated growth in the DOD sector. With over thirty years in the Human Resources field, Ms. White brings expertise in diversity, reward and recognition, talent acquisition management, and organizational and professional development to support Genesis growth and success.  Since joining Genesis in 2015, Dollie has taken a leadership role in developing Genesis into a recognized employer of choice. Prior to working at Genesis, Dollie was a Human Resources Manager at QinetiQ North America. Dollie holds a Professional in Human Resource (PHR) certification from the HR Certificate Institute. Dollie is an active participant in the National Association of Professional Women and the National Association of African Americans in Human Resources. Jenny has supported NASA contracts since 2008; and joined GES in 2012. Her role builds upon familiarity in the industry and focuses on Security education, policy, and implementation. Her thermal insulation expertise and knowledge includes MLI design, construction, installation, test and launch support for spacecraft, payloads, instruments, telescopes, gimbals and robotics. She has been contracted by NASA to support thermally complex projects and quickly and efficiently solve thermal and integration issues. Her experience spans the entire life of a mission from design and development, through testing, launch operations, and in-orbit servicing. Jenny has a long history of supporting a variety of missions from low earth orbit Space Station payloads such as ELC and CATS, to lunar missions like LRO, along with planetary missions such as JUNO and MAVEN. Jenny was involved in the Hubble SM4 and has been instrumental in the build of JWST. Her work has been essential in the design, build, and integration of countless MLI systems at six NASA centers, Lawrence Livermore National Labs, Applied Physics Lab, Lockheed Martin, and Northrop Grumman. Tim functions in leadership of the Quality Management System for ISO9001 and AS9100, and oversees the flow of information that is customer-related and also of proprietary nature. He joined the Genesis team in 2008, combining his engineering background with a teamwork emphasis. His project management support has included many of Genesis’ keystone mechanical engineering projects. Additionally, his versatility has bolstered the Configuration Management, Marketing, Information Technology, Procurement, and Quality Assurance departments.